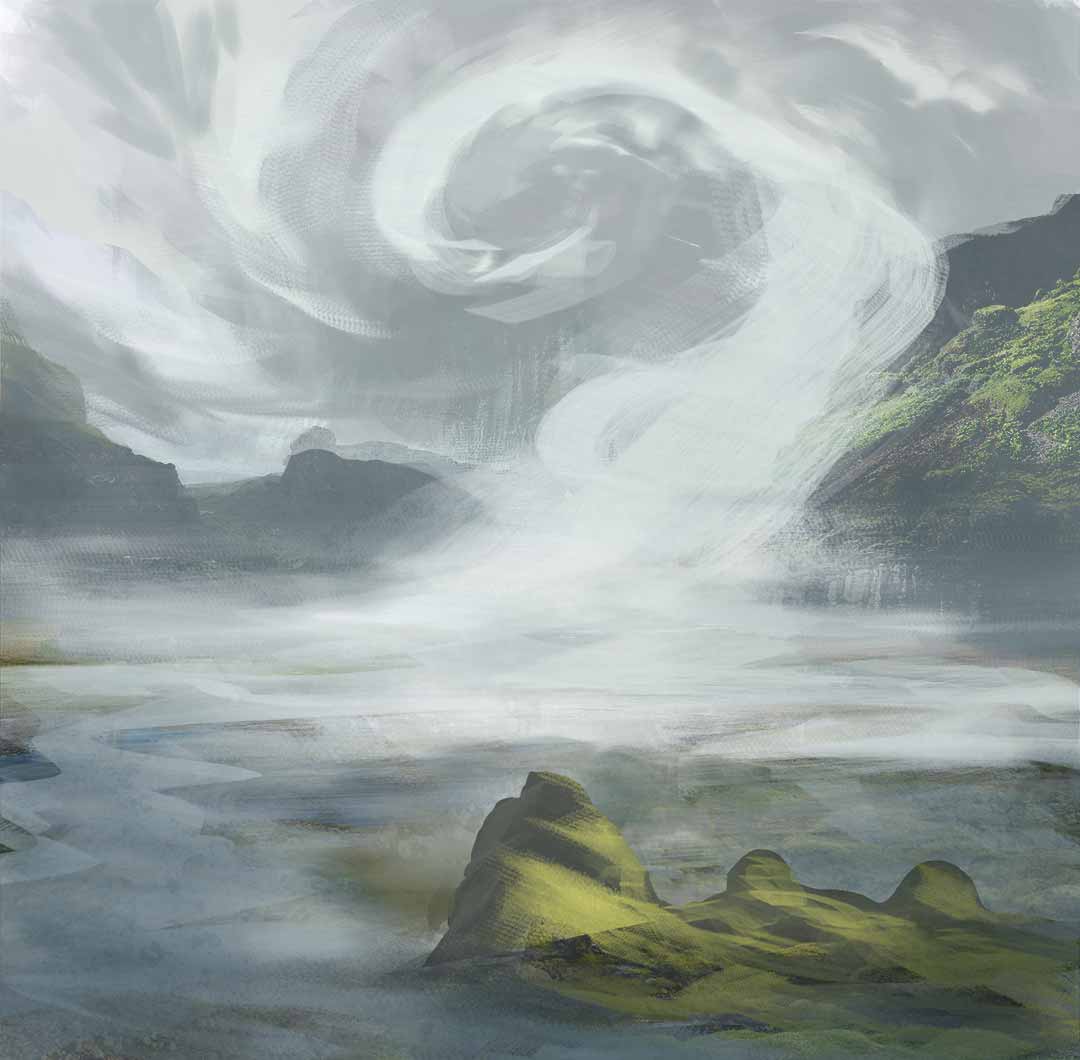 The Greed of the Fog

Once upon a time there was a little boy who lived alone in a cramped, dark cave.

Who his parents were and how he came to be in the cave was not important to him, for those narrow stone walls that surrounded him were the only things he had ever known and the darkness was the only light he had ever seen. The only objects he owned were the worn and tattered clothes he wore and a medallion with an engraved face on it, his treasure, to which he confided every secret.

His days were all the same, minutes turning into hours, then days and finally months. There wasn’t much to do in the cave, except listen to the drops of water falling from the ceiling to the ground, the silent flight of some bats and the creaking crawl of some insects.

However, the child was not bored, he was not like all the others, because he had an unusual gift: when he wanted, he could turn himself into mist. At first his body would become insubstantial, then it expanded into a dense mist, until it grew even more into a fog, filling the entire cave, up to the most hidden recesses.

When in mist form, the young man enjoyed hunting bats, entering their lungs and freezing the air he found there, until he killed them. He enjoyed making the walls of the cave slippery, so that the insects would lose their grip, ending up with their legs in the air and dying slowly of starvation, or devoured by their own kind.

He performed these little acts of cruelty, unknowingly, no one had taught him to distinguish good from evil, what was right from what was not, so he felt like a God in his own little world and played with life, dispensing it, or taking it away.

Occasionally, while he was fog, he moved through the narrow passages that bats crept into when they strayed, but for fear of not being able to get back, he never ventured too far; his cave was his home, the domain in which he was King. So the child lived in a dark world, sheltered and closed, where nothing could surprise him. He was happy, because he thought he knew everything.

One day the earth trembled, shaken in the depths by an immense force. The ancient and mighty stone walls were filled with fractures that then became cracks and finally began to collapse and shatter, with a roar that sounded like the suffering death cry of the world.

The child was terrified, because he saw his universe falling apart, ruined and shattered. He naively thought that he too would suffer the same fate and that his life would end that day. When finally the tremors stopped and everything fell silent, the cave no longer existed and behind a wall now destroyed, the boy saw the outside world for the first time.

It was night and two lights shone in the sky, one silver like the reflection of the carapace of the stupid insects and the other red, similar to the blood of the boring bats. There was, however, much more: trees and shrubs, leaves and birds, animals and mountains, but above all an open and immense horizon in which the eye was lost in search of non-existent walls.

The boy’s heart was beating fast in his chest, because he would never have imagined that, beyond his home, there was a realm so vast, rich in countless new toys, so much so that an entire lifetime would not be enough to discover them all.

His desire grew immoderately, he wanted to touch everything, to possess every single stem of grass . He turned his body into fog and began to expand, lapping everything. Its white and icy coils threw themselves in the valleys and up the hills, slipped into the soft soil, wrapped the grass and the bark of the tree trunks, tickled all kinds of animals and slipped on small streams that flowed impetuously.

A wild joy dominated him and with each discovery he was even more curious, yearning to be everywhere. In his heart he regretted that he had only just discovered what laid beyond the cave, and he was angry with all the living creatures who had excluded him from their lives, preventing him from playing.

He froze some robins while they were in flight, watching them fall lifeless to the ground, froze small plants, had fun breaking them like thin threads of crystal, froze the eyes of a large panther that, frightened by its blindness, began to run wildly, until it fell from a cliff, breaking its bones and staining the ground with blood.

At the height of his happiness, the little boy died. His body had stretched and extended too far in the boundless environment, and before he could realize it, it split into many pieces, never able to return intact. The fog lost its strength, his will failed and when the sun rose, it was swallowed by the earth, disappearing and leaving only its medallion on the ground, with no owner left. Since that day, between sunset and sunrise, sometimes white and dense coils still rise in the valleys, in the plains and up to the highest mountains.

They whirl furiously and like a mantle cover all that was created, selfishly hoping to possess it all; but at sunrise this dream vanishes, leaving only the cry of a child who wanted everything and was left with nothing. 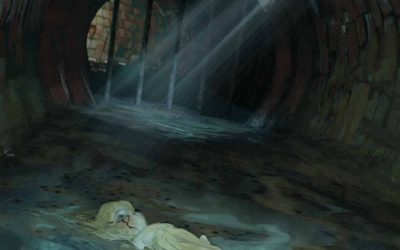 Light in the Abyss

I was born into Light, Perfection and Silence. I took shape little by little, aware of the love that was shaping me, stitch by stitch, until the last thread was in the right place; the last knot tightened flawlessly, my clothes clean, shiny and ironed. At the time I... 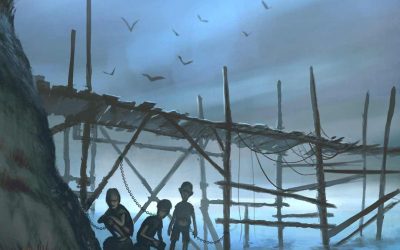 The Children of the Wharf

I had been walking for many days leaving behind a territory in turmoil, devastated by too many conflicts. The streets were full of refugees. Despair was ingrained in every look I met. Disease, poverty and hunger seemed to be the only masters of the world, ready to...